Welcome to Finale by Thomas

Hi, I am Marco Tomassini, born in 1971. Most people know me as Thomas. I will tell you a little bit about myself… without boring you too much…

I started coming to the Finale area in the eighties.
My passion for the mountains and rock made me fall in love initially with caving followed by climbing… and from there it was a short step to becoming someone who bolts routes.

Finale and its crags became my preferred area for climbing and bolting; for about the last ten years I have bolted, by myself and with others, more than three hundred routes of different grades and lengths.

In July 2007 I published my first climbing guidebook with the editors Le Mani (Genoa, Recco): “Finale by Thomas” this was a collection of my work over the previous two years of routes bolted or re-bolted, photos, drawings and text … a sort of professional CV.

In 2009 with a group of friends I founded the Association ToTheMass. I continued tirelessly to bolt routes in Finale and other areas… in 2011 I went to Nepal and bolted a small crag in Nagarkort.

In 2010 my second guidebook was published, “Finale… non solo mare”, published by the same editor, but this time nothing to do with climbing; it described the many non-hotel forms of accommodation available in the area.

Again in 2010 with the financial help of the Finale Ligure Town Council, and with my trusted friend Jack, we bolted new crags and sectors.

In 2011, after a precise and obsessive mapping and surveying of the crags around Finale, the sport climbing guidebook “Finale Climbing” came out covering all the sectors in the Finale area, published by the editors Versante Sud.

In 2013 my fourth guidebook “Sentieri di Finale” came out, arising from my new passion: the search for and discovery of trekking trails in the Finale area, again published by the editors Versante Sud.

In 2016 the new tourist guidebook “Guide to the 4 Towns” was published covering the towns of Noli, Varigotti, Finalborgo and Borgio Verezzi.

In the same year my first science fiction novel was published, with the title “Il segreto della principessa Val” and soon the second edition of “Finale Climbing” will be published.

At the moment I have bolted and re-bolted around 600 routes. 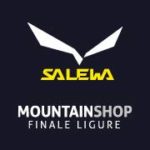 Welcome to Finale By Thomas

Hi, I am Marco Tomassini
alias Thomas
I will tell you a little bit about myself…